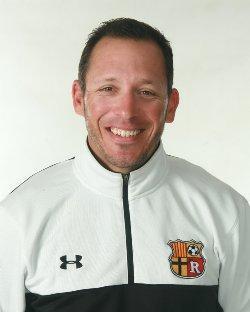 Coach Melendez began coaching at Rosary in 2009-10 after a very successful playing and coaching career. A 1997 graduate of Servite High School, Coach Melendez understands the workings of Rosary and the Trinity League. As a Friar, Sean was captain of the soccer squad for three years, and earned all-league and all-CIF honors. From Servite, Coach Melendez moved on to play collegiate soccer at Sacramento State University, where he majored in communication studies. A three-year captain at Sac State, Melendez earned all-conference honors and went on to play professionally for five years with the Long Island Roughriders, San Jose Earthquake and the Utah Blitzz (Real Salt Lake). While with the Blitzz, Sean won the United Soccer League National Championship in 2004. After the conclusion of his playing career, Melendez took the head coaching job at Christian Brothers High School in Northern California, where his girls’ team won two CIF Championships, in 2004 and 2006. Melendez moved back to Southern California where he is currently the Director of Coaching for CDA Slammers FC in Huntington Beach, Slammers FC ECNL staff, and an assistant coach at Saddleback College.

Coach Melendez earned his 100th victory at Rosary in 2020 with a Trinity League win over Orange Lutheran.  Sean and his wife Annie live in Huntington Beach with their daughter Sienna and son Luke. 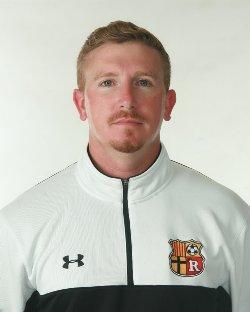 BJ McNicol has been with Rosary soccer since 2009-10.  He played his club soccer in Utah, and represented the state ODP program for six years. He was the Utah Gatorade Player of the Year in '95 and played collegiate soccer at the University of Nevada, Las Vegas. BJ played professional soccer for five years for the Utah Blitzz (currently Real Salt Lake) and New Hampshire Phantoms. As a rookie he led the Blitzz in goals scored and total points as the team went on to win the Western Conference. In 2001, BJ lead the league in assists and the Blitzz were again Western Champs and claimed their first National Championship. BJ returned to the Blitzz in '04 and again lead the team to another Western title and their second title as National Champs. BJ has played internationally as a youth in Europe and professionally in Thailand, also suiting up for Real Salt Lake reserves vs. Chivas USA of MLS.  McNicol is nationally licensed through the USYSA and NSCAA with specialty diplomas in Futsal and Maximizing Player Performance Using Technology and Science.  He is the General Manager of Soccer for Youth Sports Performance Network YSPN360.com. McNicol is the head women’s coach at Saddleback College, where he was voted the Orange Empire Conference Coach of the Year in 2015.

BJ earned a bachelor’s degree in kinesiology from UNLV and added a Master’s degree in coaching and athletic administration from Concordia University.  He currently makes his home in Riverside with his wife, Kelly, and daughter Delanie. 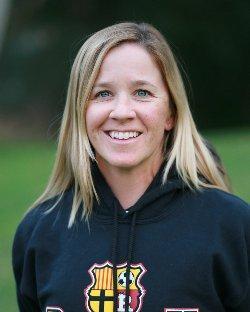 Jamie Hammond joined the Rosary coaching staff in 2011-12.  She played collegiate occer at Cal State San Bernardino, and was team captain, team MVP ('94-'97), CSUSB Athlete of the Year ('96), league Co-MVP ('96), 2nd team All-American, and All-conference.  After graduation, Coach Jamie became a member of the Women's Premier Soccer League team So Cal Ajax from 1998-2004, playing with big names like Joy Fawcett, Shannon Boxx, and Carla Overbeck. She has coached the varsity programs at Redlands East Valley HS, Garden Grove HS, and Santa Ana HS. She helps instruct the LA84 coaching clinics offered to all high school coaches in So. Cal. Her involvement in the People Youth organization has allowed her to coach in Holland and Brazil, working with national level coaches.